It began in the ancient Capital of China, Xian. After graduating with a Bachelor degree in Medicine and Surgery from China Medical University in Shenyang in 1983 and gaining a Masters in Medicine, this was where I began my practice as a medical physician and doctor of Traditional Chinese Medicine.

At medical school, I learnt about acupuncture and Traditional Chinese medicine. However, it was only when I witnessed the genuine effects of using natural products in my clinical practice, my fascination for Chinese medicine was sparked. Seeing cases improve, which could not be treated with western medicine, or were not even recognised as ailments by western physicians made me deeply respect the power of Chinese medicine. Thus, I spent a further year gaining experience in a Chinese medicine academy.

In 1996, I came to the UK. In the following year I gained registration with the British Acupuncture Council (www.acupuncture.org.uk)and began practicing Chinese medicine and acupuncture in England.

We do not have any reviews about Chinese Acupuncture & Herbs available right now. 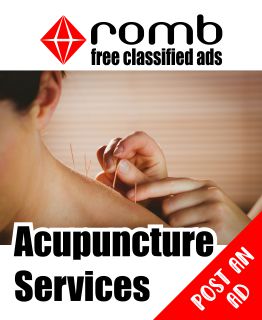